Mar 20, 2006 - Beverly Hills, California, USA - Gov. Schwarzenegger's drive to raise tens of millions of dollars for his reelection has set off a backlash by organized labor, with unions trying to ensure that his hunt for money remains a prime source of political trouble. In Beverly Hills on Monday, unions held their first major protest of the year against the Republican governor's collection of campaign money. About 200 nurses, bus drivers, school clerks and other union members marched outside a private Schwarzenegger reception and dinner for donors, who paid up to 00,000 for seats near the governor and his guest speaker, U.S. Sen. McCain (R-Ariz.). As Schwarzenegger was ensconced with top supporters inside the Beverly Hilton, sign-waving protesters shouted from the sidewalks outside at rush-hour traffic on Wilshire and Santa Monica boulevards. 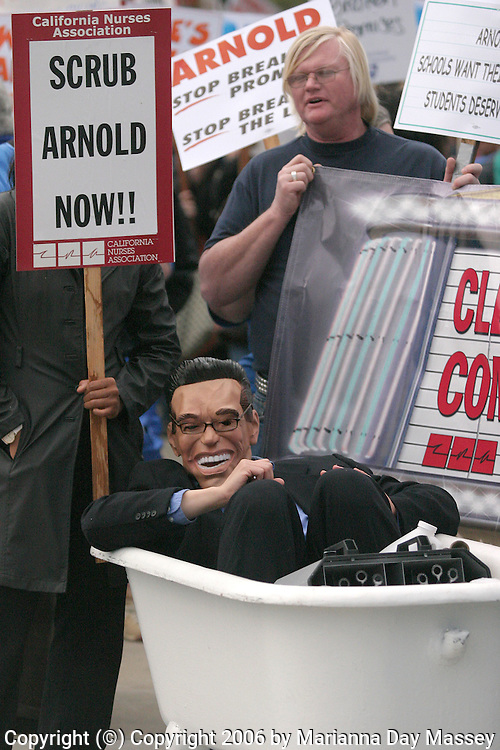