Jan 24, 2005; Hollywood, California, USA; TV Talk show host JOHNNY CARSON has died at the age of 79. Carson was suffering from a condition called actinic purpura, in which small blood vessels near the skin surface rupture and bleed, causing it to look severely bruised. The condition may have been compounded by blood thinning medications Carson had been taking since his quadruple heart bypass in 1999. Pictured: Johnny Carson's star on Vine Street in Hollywood. A small shirne of flowers and mementos have been placed at the late legends' star. 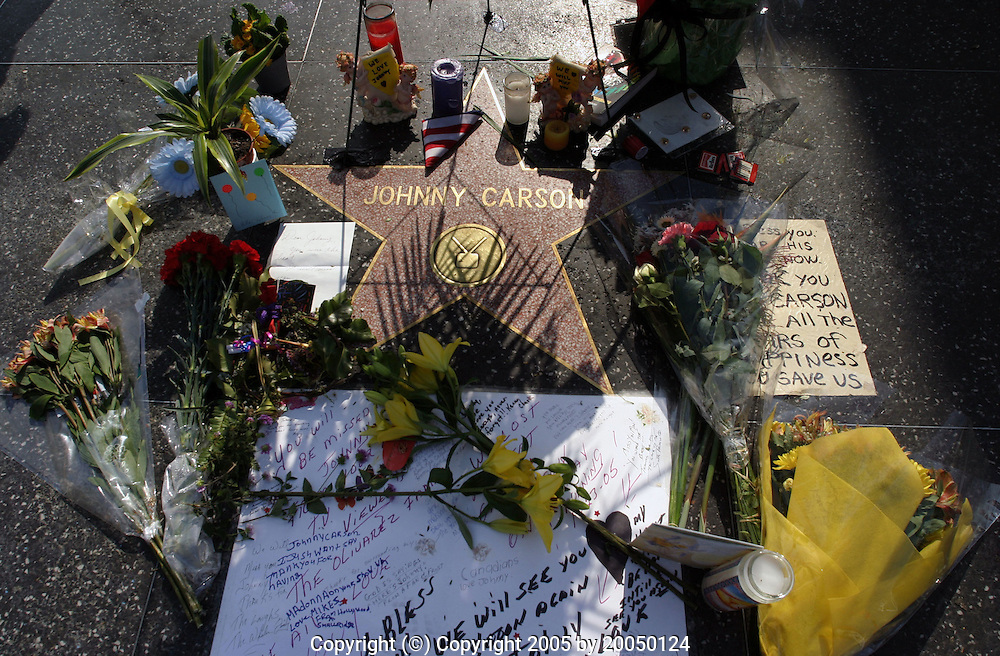