Sep 21, 2005; Los Angeles, CA, USA; A JetBlue airliner with its front landing gear stuck sideways safely landed Wednesday, balancing on its back wheels as it slowed on the runway at Los Angeles International Airport. Flames shot off the front landing gear as the plane ground to a halt with firefighters at the ready. The aircraft with landing gear problems had circled the Los Angeles area for more than two hours as the pilots dumped fuel over the ocean and officials tried to determine how to make an emergency landing. The pilots discovered the plane's front wheels were turned sideways and stuck as they tried to retract the gear shortly after takeoff.The back landing gear was also down as the plane circled, but it appeared to be in the correct position. Officials planned to try to land the aircraft, relying on the back wheels, at Los Angeles International Airport, which has longer runways than surrounding airports and more emergency equipment.The plane first circled the Long Beach Airport, about 30 miles south of Burbank, then was cleared to land at Los Angeles. Mandatory Credit: Photo by Marianna Day Massey/ZUMA Press. (©) Copyright 2005 by Marianna Day Massey 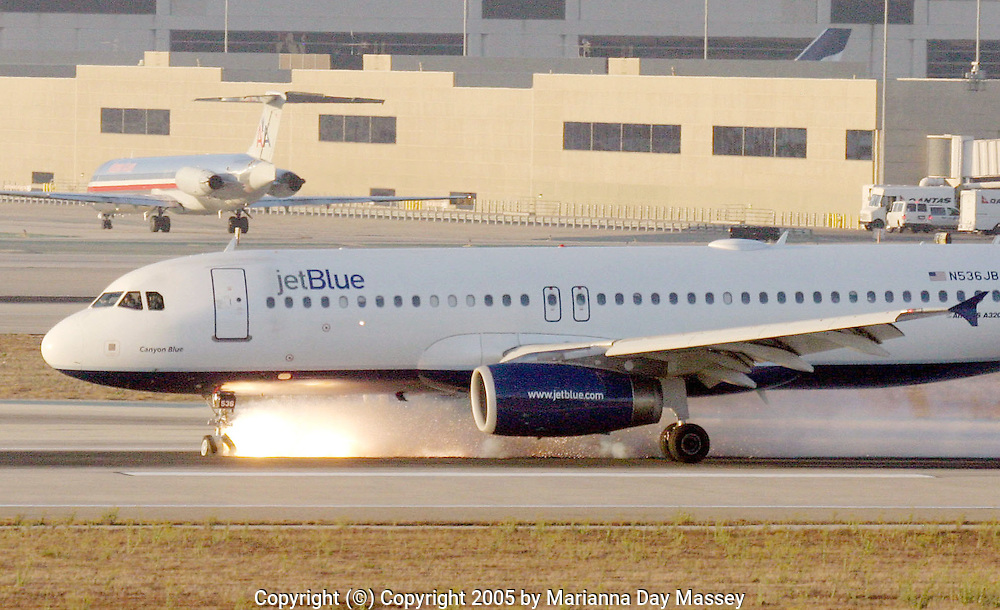