May 25, 2009 - Alice Springs, Northern Territory, Australia - Resident EDWARD SMITH paints among the rubbish at Hidden Valley Town Camp in Alice Springs. Some of the residents at this camp say that they have been waiting up to four years for decent housing and up to six months for rubbish removal. They also must pay rent for the shack-like accommodations. This town camp is where the actor Roman McNamara from the Australian movie 'Samson and Delilah' that won a Cannes Film Festival Award also lives..(Credit Image: © Marianna Day Massey/ZUMA Press) 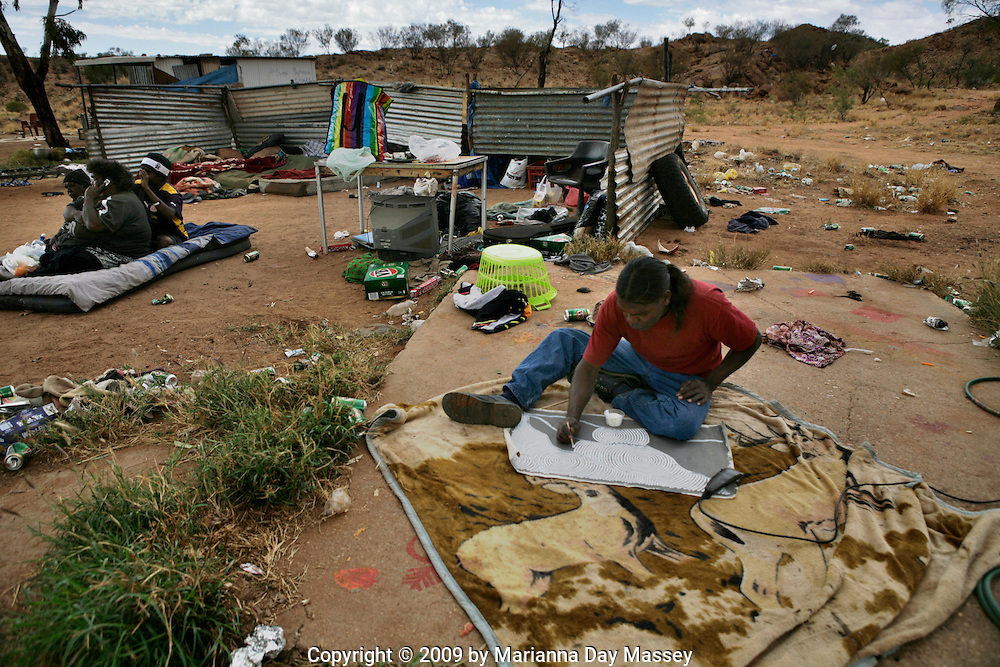