Aug 31, 2004; Los Angeles, CA, USA; Kabbalah - a body of mystical teachings of rabbinical origin, often based on an esoteric interpretation of the Hebrew Scriptures has been deemed the trendiest religion in Hollywood. Stars like Madonna and Britney Spears have helped catapult this once obscure religion into the limelight. Many celebs wear a red string associated with the religion on their left wrist, which is said to help safeguard them from negative glances and resentful looks from others. Pictured is a woman reading the book 'The Power of Kabbalah. 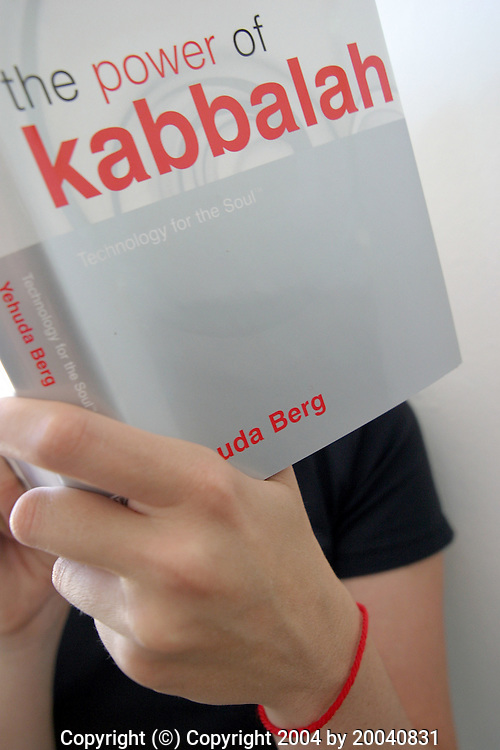