Mar 15, 2006; Los Angeles, CA, USA; The Supreme Court ruled Thursday that Americans have a right to own guns for self-defense and hunting, the justices' first major pronouncement on gun rights in U.S. history. The ruling overturns the law adopted by Washington's city council in 1976 which bars residents from owning handguns unless they had one before the law took effect. There are approximately 192 million privately owned firearms in the U.S. - 65 million of which are handguns. Currently, an estimated 39% of households have a gun, while 24% have a handgun. In 1998 alone, licensed firearms dealers sold an estimated 4.4 million guns, 1.7 million of which were handguns. Additionally, it is estimated that 1 to 3 million guns change hands in the secondary market each year, and many of these sales are not regulated. Pictured: A Colt .45 handgun. Mandatory Credit: Photo by Marianna Day Massey/ZUMA Press. ( 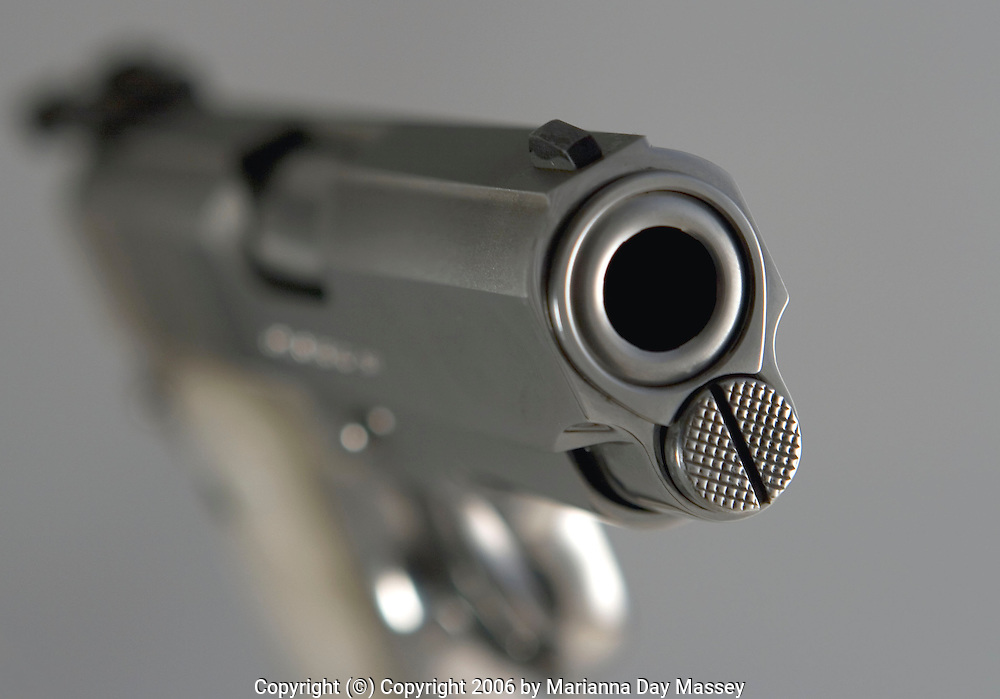