SYDNEY, AUSTRALIA - SEPTEMBER 06: A man breaks through the glass in an office during a hostage situation in Parramatta on September 6, 2011 in Sydney, Australia. Reports a man has taken an 11-year old girl hostage and made bomb threats near Paramatta District Court at the office of a barrister have emerged with police, hostage negotiators and emergency crews responding. The court has been cordoned off and adjacent buildings evacuated. (Photo by Marianna Massey/Getty Images) 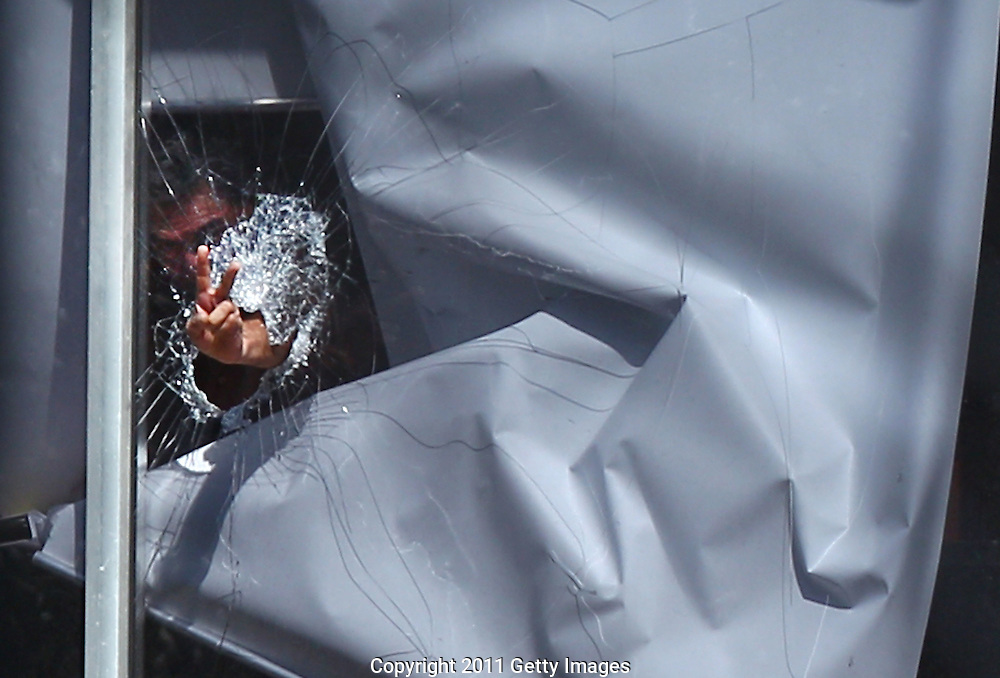