Oct 26, 2007 - Northern Territory, Australia - Chambers Pillar (Aboriginal name 'Idracowra' or 'Etikaura') is a sandstone formation some 160 km south of Alice Springs in the Northern Territory of Australia. Erosion by wind and rain has left an isolated pillar of 350 million year old sandstone, rising 50 metres above the surrounding plain. John McDouall Stuart was the first European to see Chambers Pillar, reaching the site in April 1860, and naming it after James Chambers, one of his South Australian sponsors. During the subsequent 147 years numerous explorers and visitors have added graffiti by carving names in the soft sandstone at the base of the pillar but modern day government has banned any new graffiti. Pictured: Sunrise in the outback near Chambers Pillar. (Credit Image: © Marianna Day Massey/ZUMA Press) 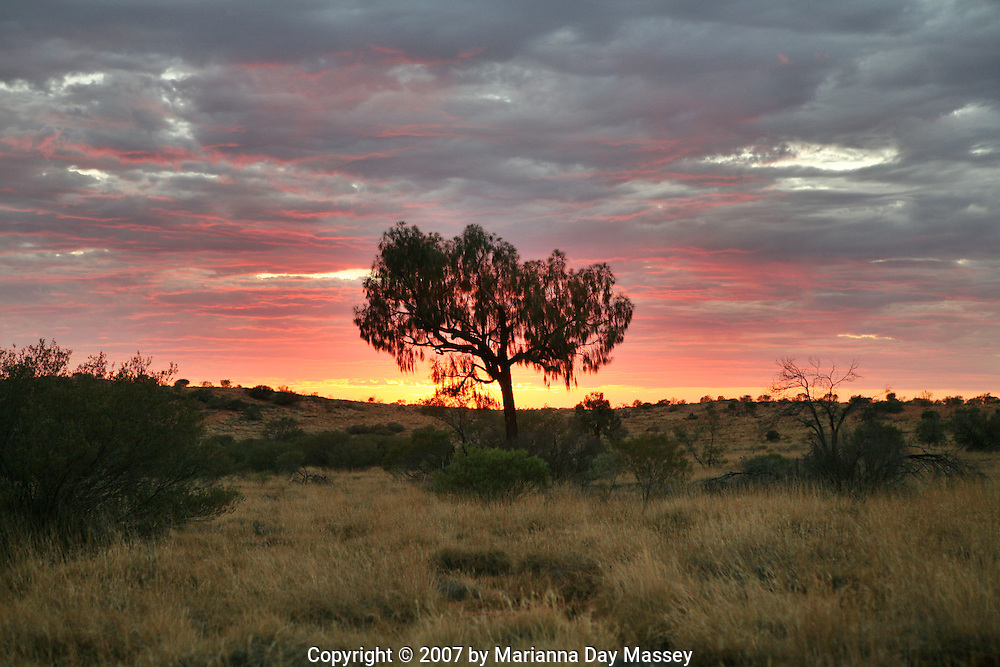