May 26, 2009 - Alice Springs, Northern Territory, Australia - Hidden Valley town camp resident ROWAN MCNAMARA, 15, who starred in the Australian movie 'Samson and Delilah' which won the Camera D'Or award for feature film at the Cannes Film Festival returned home yesterday and is getting back to his normal life in Alice Springs. He is pictured in his room where he often plays video games and hangs out with his friends..(Credit Image: © Marianna Day Massey/ZUMA Press) 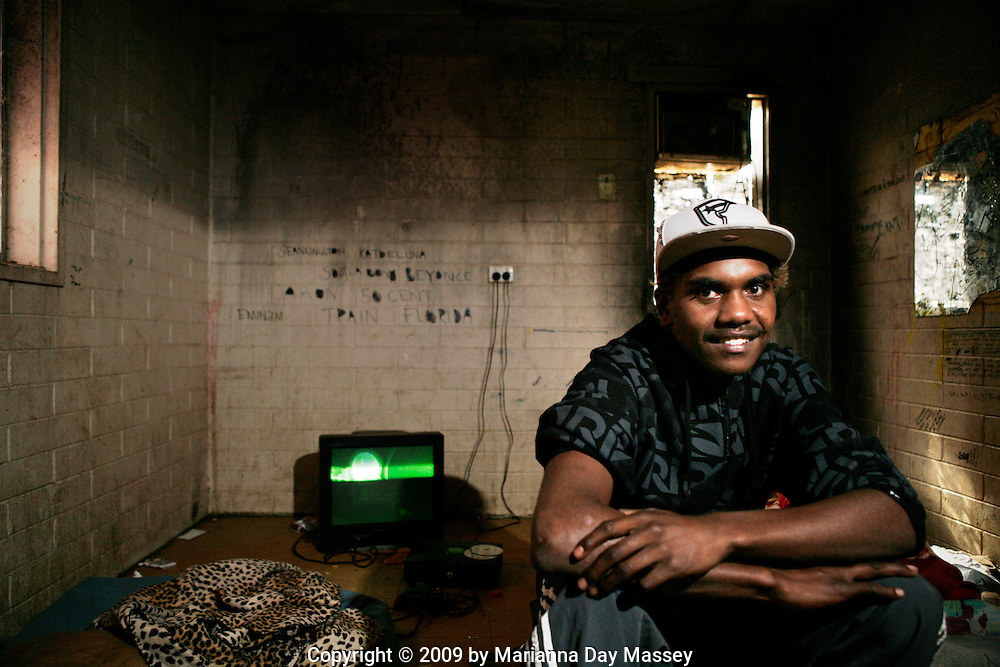