Jan 07, 2007 - Los Angeles, CA, USA - There are approximately 192 million privately owned firearms in the U.S. - 65 million of which are handguns. Currently, an estimated 39% of households have a gun, while 24% have a handgun. In 1998 alone, licensed firearms dealers sold an estimated 4.4 million guns, 1.7 million of which were handguns. Additionally, it is estimated that 1 to 3 million guns change hands in the secondary market each year, and many of these sales are not regulated. Pictured: Various guns for rent at an indoor gun range. 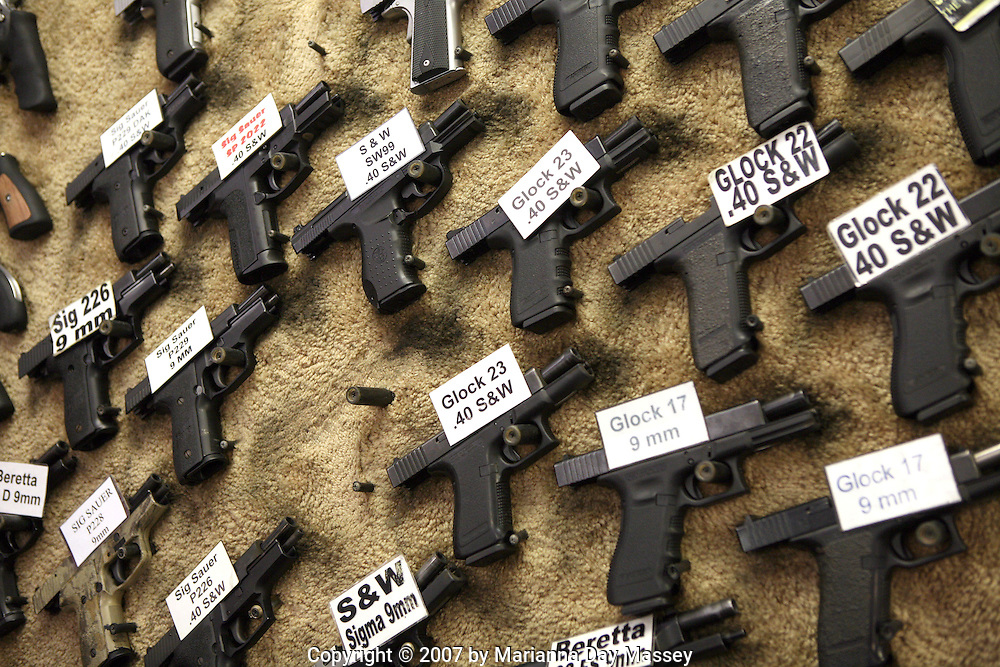