Australia's Finke Desert Race is a legendary event, testing man and machine. Since 1976 on the Queen's birthday weekend (a three day weekend in the middle of June) the 'there and back' challenge from Alice Springs to the Finke River (believed to be the oldest river in the world at 350 millions years). Started by a group of local die-hard motorbike riders, now over 500 Australian competitors, race a 284 mile course on some of the world's toughest terrains and harshest climates. King of the Desert, is awarded to fastest outright time. Originally a bikes only affair, now cars and off-road buggies join the madness. 2008 Kings of the Desert for Cars are Dave Fellows, Andrew Kittle and Jason Adami in record time of 3hrs 39mins and repeating winner for Bikes: Ben Grabham. PICTURED - Jun 08, 2008 - Alice Springs, Northern Territory, Australia - Dirt bike riders make their way down the Finke course during the first leg of the two-day race. (Credit Image: 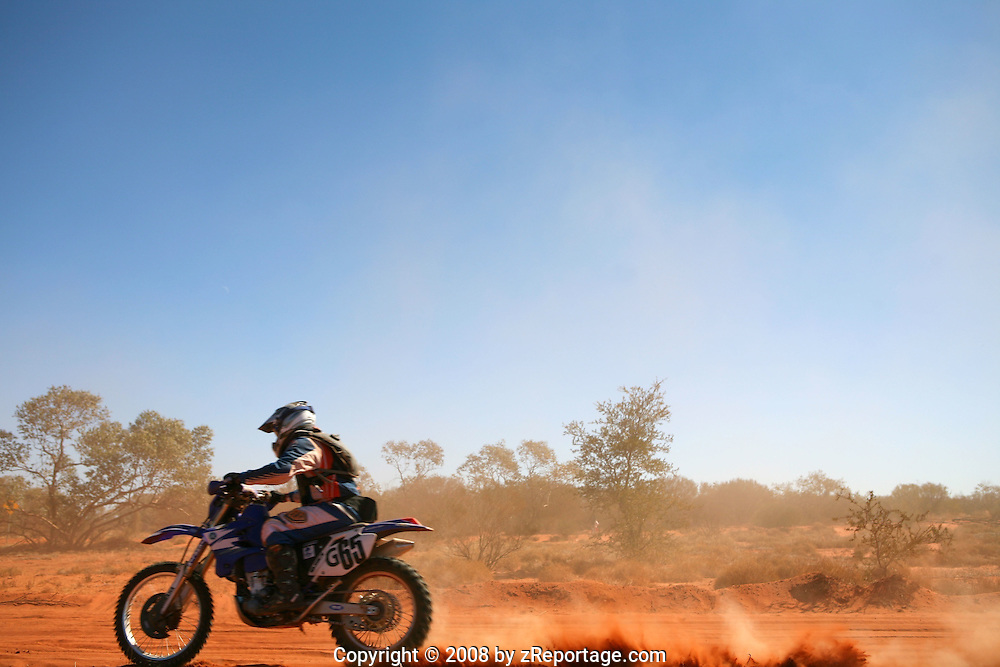