Dec 27, 2004; Los Angeles, CA, USA; The popular arthritis drug Celebrex more than doubled heart attacks in people enrolled in a cancer-prevention study, Celebrex maker Pfizer announced. The large study was designed to see whether Celebrex could prevent colon cancer in people who'd had colon polyps. Those who took Celebrex had 2.5 times as many fatal and nonfatal heart attacks as those who did not take the drug. People enrolled in the trial, called the APC trial, are being told to stop taking their study medication. Celebrex is in the same family of drugs as Vioxx. Vioxx was pulled from the market after a colon cancer prevention trial found it increased the risk of heart attacks. Pfizer also makes Bextra, another drug in this family of drugs, called Cox-2 inhibitors. 'Pfizer is taking immediate steps to fully understand the [APC study] results and rapidly communicate new information to regulators, physicians, and patients around the world,' Pfizer CEO Hank McKinnell says in a news release. Pictured; Celebrex pills and bottle. 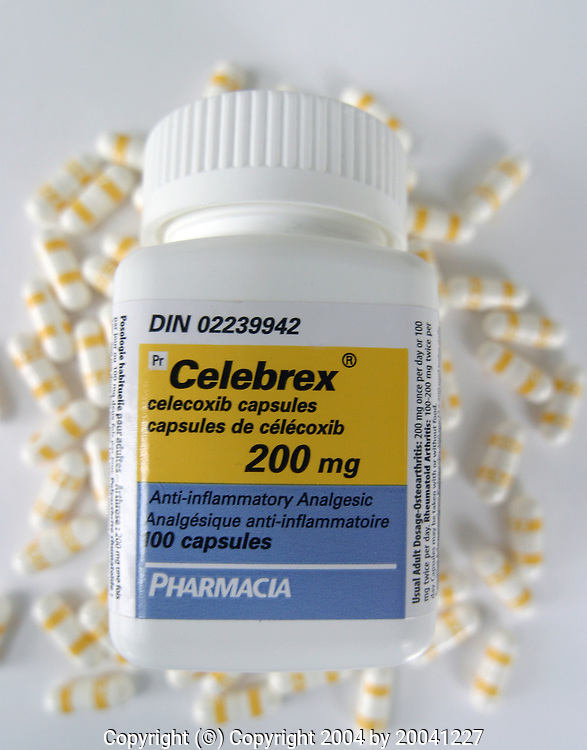