Jun 21, 2008 - Alice Springs, Northern Territory, Australia - The Alice Springs Telegraph Station Historical Reserve marks the original site of the first European settlement in Alice Springs. Established in 1872 to relay messages between Darwin and Adelaide, it is the best preserved of the twelve stations along the Overland Telegraph Line. The site was first recorded by surveyor William Mills in March 1871, who was in search of a suitable route for the Overland Telegraph Line through the MacDonnell Ranges. Construction of the Telegraph Station began in November 1871. The township of Alice Springs obtained its name from the water hole a short distance to the east of the Station buildings. The Telegraph Station operated for 60 years, after which time the buildings served as a school and 'the Bungalow' for Aboriginal children. During WWII parts of the Station were used by the Army. The Station was protected as a Historical Reserve in 1963, and a number of stone buildings have now been restored. These buildings house furnishings and artifacts from the early 1900s and are preserved as a historic interpretive display. (Credit Image: © Marianna Day Massey/ZUMA Press) 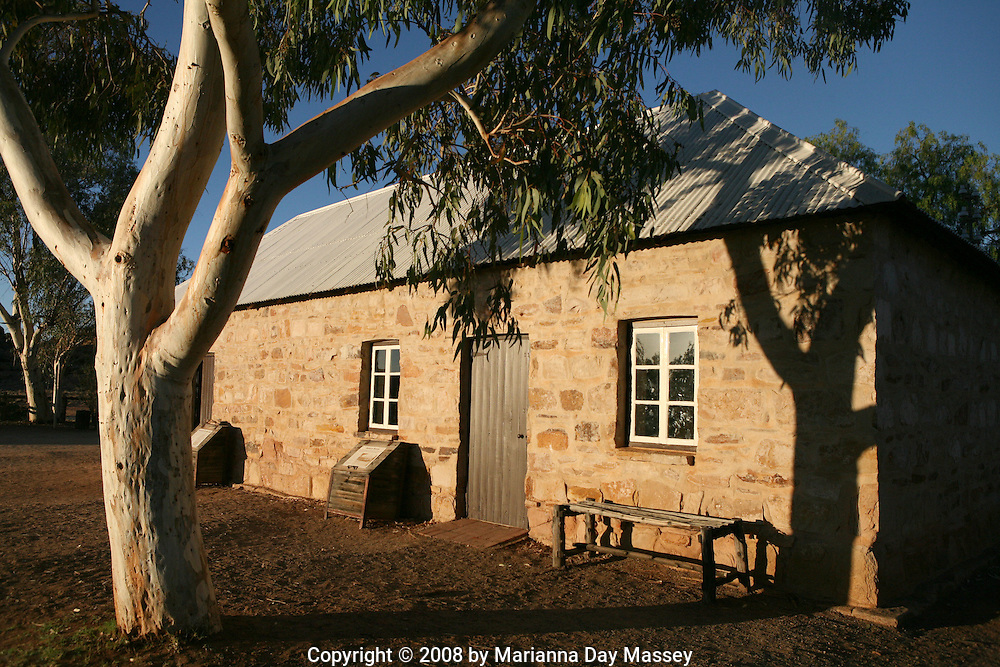